Occupation and ill health were closely connected in industrial cities such as Belfast. By 1910 there were 75,000 linen operatives in Belfast of which five sixths were women. The dusty, hot, cramped and damp conditions in many mills were conducive to high incidences of disease, especially tuberculosis, amongst linen workers.

By the late 1880s Belfast has emerged as a successful latecomer in the technologically sophisticated shipbuilding and engineering industries. Much of this predominantly male workforce was skilled, relatively well paid, and unionised; however, industrial labour could carry serious risks and occupational accidents were common.

Attempts at the improvement of workforce conditions were made with a series of Factory Acts which raised the working age of children to twelve, reduced the working week to 55 ½ hours and regulated the general sanitary conditions of workplaces. This legislation’s impact was often limited however- attempts to tackle tuberculosis, for example, often focused on issues such as the avoidance of spitting on the factory floor, and failed to tackle the fundamental problems of heat, dust, and damp. 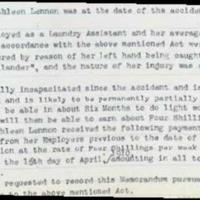 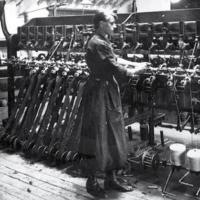 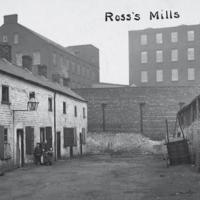