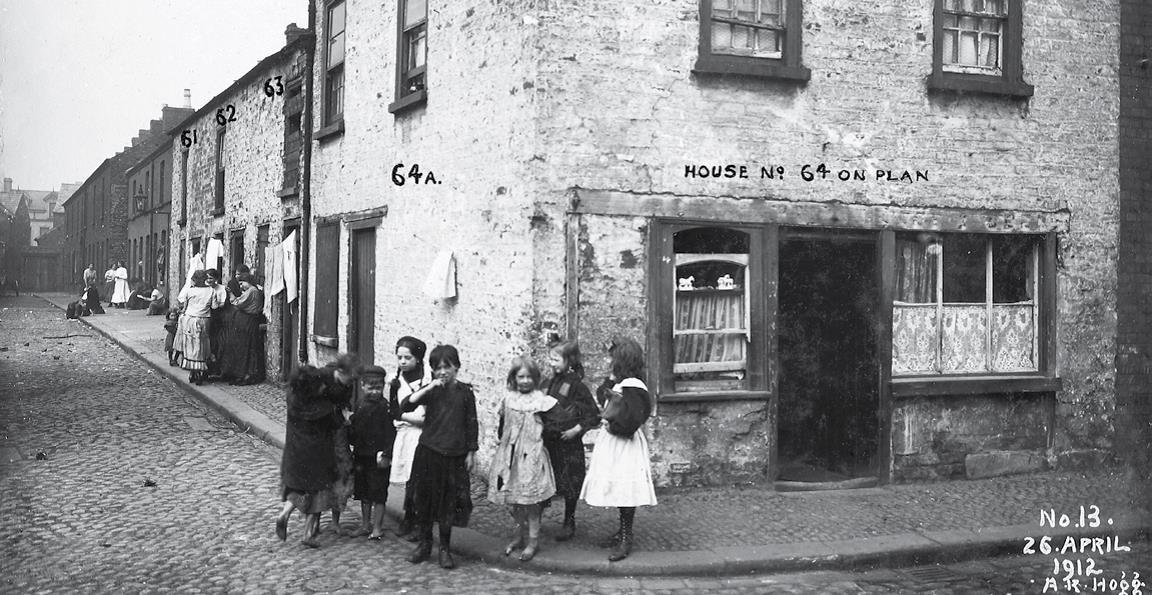 Destitution was a harsh reality for many of Belfast’s inhabitants and, for those who could no longer support themselves, Belfast Union workhouse on the Lisburn Road was often the last resort. Workhouses had been introduced in Ireland under the Irish Poor Law Act of 1838 as the first form of statutory welfare and conditions were deliberately harsh in order to deter people from seeking poor relief. Paupers were expected to work for long hours each day and were given the bare minimum to eat.

By the early twentieth century the Poor Law had developed into a sophisticated local government system operating the workhouse and providing hospital care and various public health initiatives such as vaccination schemes, local burial boards, and local dispensaries, as well as a ‘Union School’ for the children of paupers.