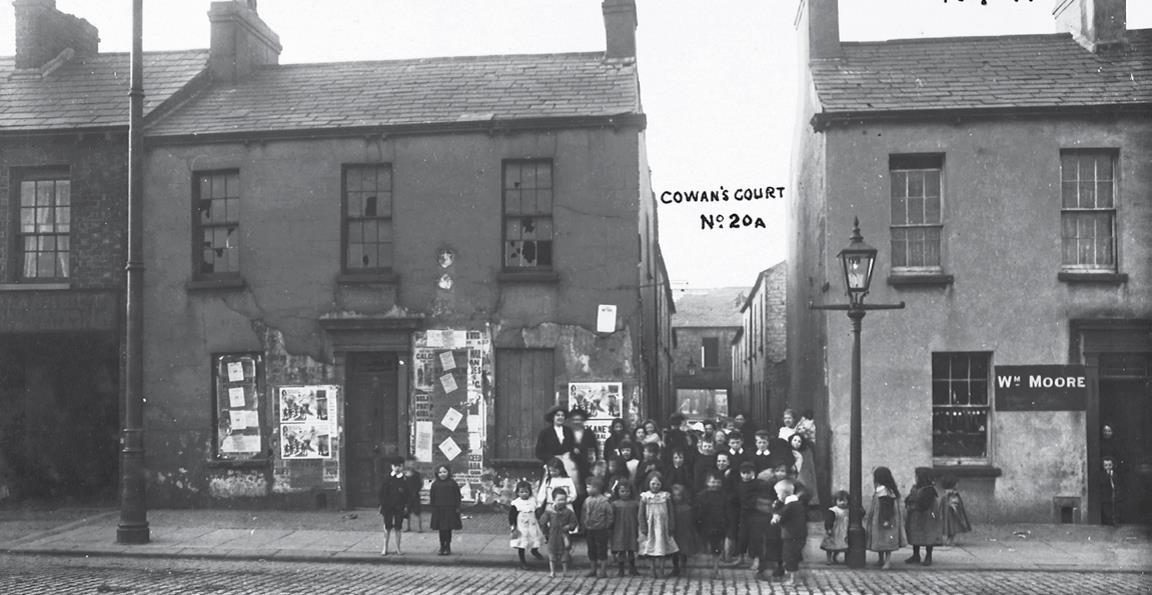 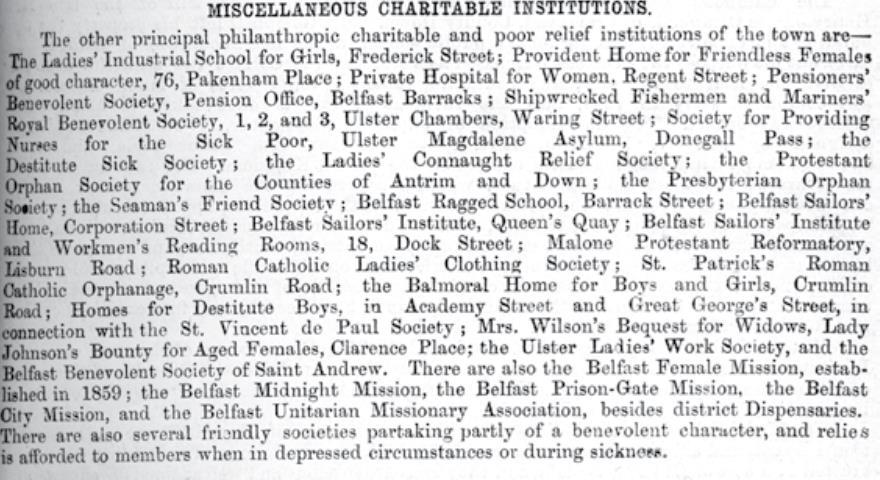 Extract from the Belfast and Province of Ulster Directory, 1902. [PRONI] 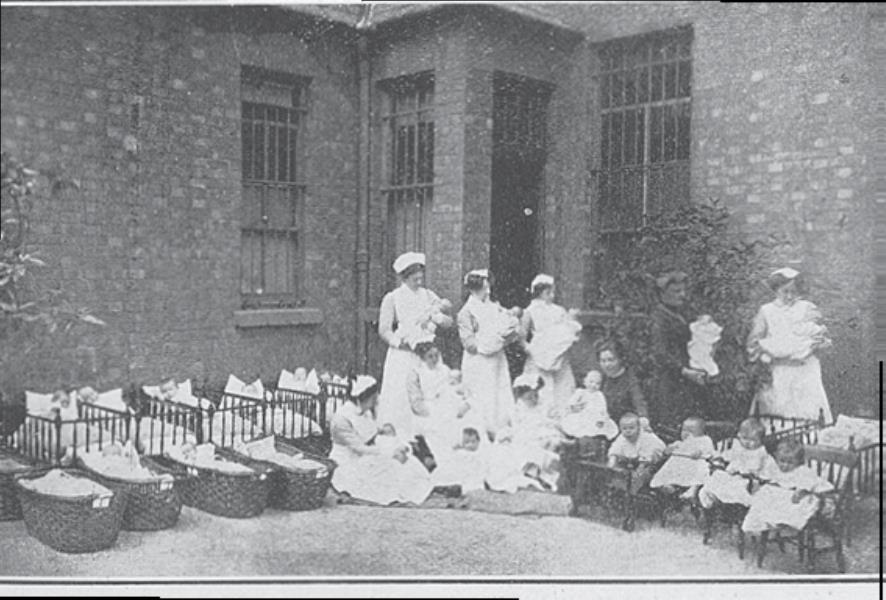 Charitable works and activities were often undertaken in the context of the Christian belief, and for the various churches that operated in Belfast in the 19th and 20th centuries, charity was a means by which they could reach out to the poorest of their congregation, helping them deal with poverty in a practical way, while also practicing the charitable virtues preached about on Sundays.

Unlike the poor law system, voluntary organisations tended to focus their attention on particular sections of the poor, for example, children, unmarried women, the bling, or the elderly. Different religious denominations tended to have charities for the support of their own members, as did organisations such as the Freemasons.
Often charities had expectations of the poor, attempting to provide ‘moral regulation’ and ‘instruction’ to a group often regarded as sinful, lazy and dissolute. The records of the Belfast Voluntary Welfare Society reveal that those with ‘unsatisfactory character’ were refused assistance in times of need.

← Welfare
About Us →
Charity