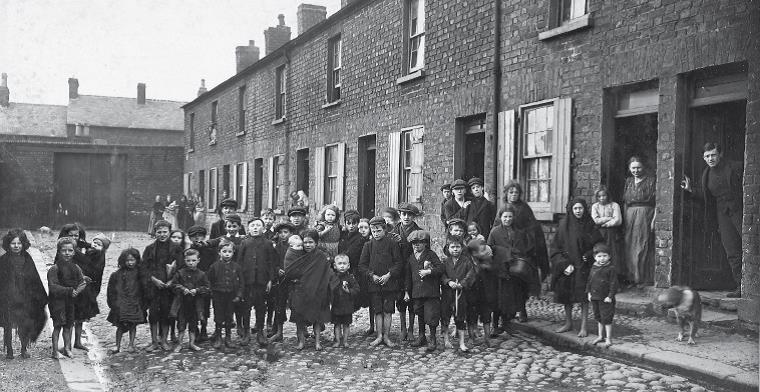 Household Return for the McPhillips family of Christian Place, Belfast from the 1911 Census of Ireland. [www.cenus.nationalarchives.ie] 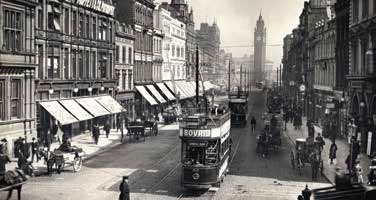 Belfast experienced phenomenal growth during the nineteenth century, increasing from a town of 30,000 inhabitants to become a city of 350,000.

Much of this growth came about as a result of people migrating into Belfast in search of employment in its rapidly-expanding industries. By the beginning of the twentieth century, over 100,000 people were employed in manufacturing in Belfast. Unusually, over 40% of these were women who found work in the huge linen mills that had sprung up in the north and west of the city.

The face of Belfast changed dramatically, with improvements to the major streets, the building of fine warehouses and department stores and the opening of parks and public baths. In 1888 Belfast was granted city status in and in 1906 the growing civic pride was expressed in the building of a new City Hall in Donegall Square.

Despite this industrial and urban growth, the country was never far away. The 1901 census showed that most of Belfast’s adult population had been born in rural Ulster, and contemporary photos show that rural ways were still very much in evidence.