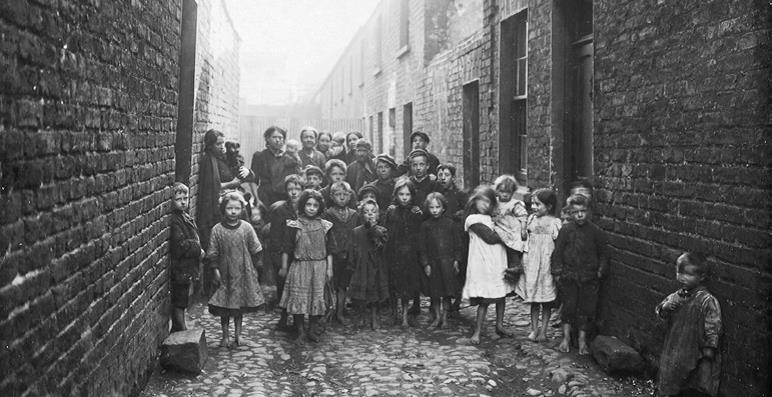 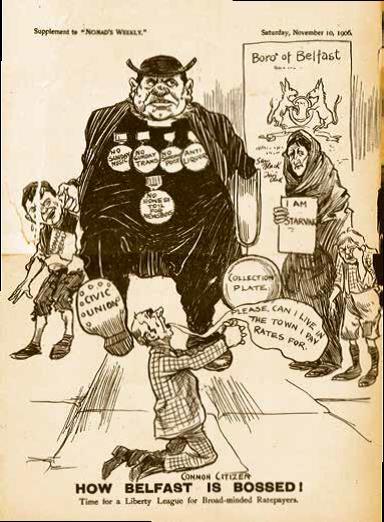 Belfast’s economic success and growth was not without its price. The city experienced increased problems of overcrowding, housing, sanitation and public health. While the existing housing stock was of good quality, it was seriously inadequate for the growing population.

Many families crammed into small houses in narrow and unsanitary courts and alleys around the old part of the town. As the century progressed, unregulated areas of poor housing sprang up to the north and west of the town and east of the river in Ballymacarrett. Many of these areas lacked running water or sewerage, the uncovered River Blackstaff which flowed through the town centre into Belfast Lough serving as the only substitute.

It was also a very young city, with large numbers of young single and married people moving into it and birth rates remaining very high. The care and control of the thousands of children who moved between work and school, or who remained unattended while both parents worked long hours, presented a major problem for the city’s welfare and municipal authorities.

These challenges raised the questions of who would pay for civic improvements and for the upkeep of the poor. Improvements in the infrastructure could only come through an increase in rates- and nobody wanted that! 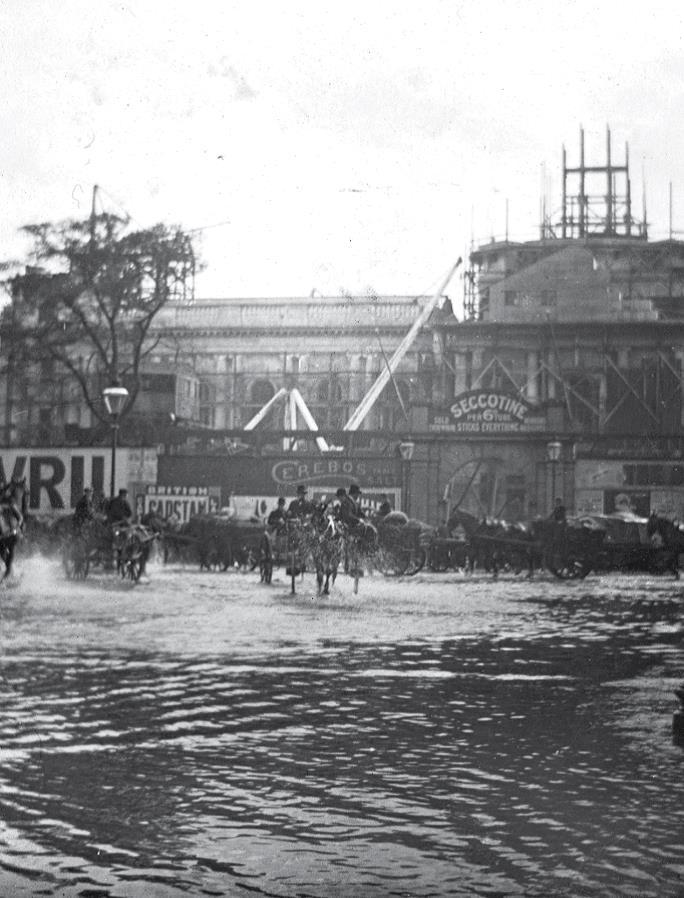