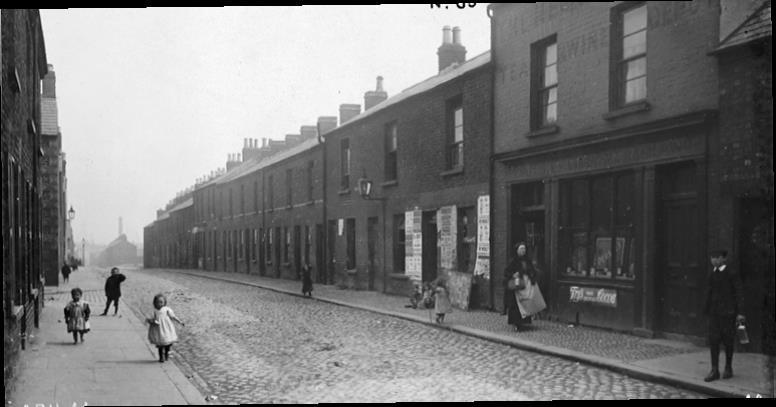 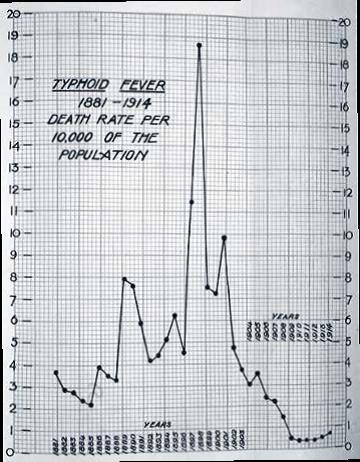 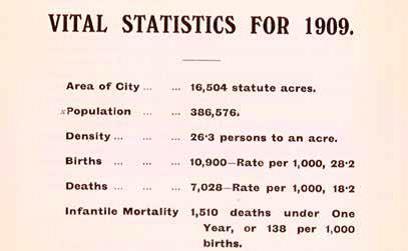 Diseases such as cholera, typhus, measles, whooping cough and tuberculosis were exacerbated by the environmental problems of the industrial city, and were a constant threat to the city’s inhabitants. Infants were particularly vulnerable and infant mortality rates were high.

Local authorities including Belfast Corporation were tasked with public health reform. In the early twentieth century, public health began to focus on education and personal hygiene. Public health and sanitary officials and voluntary groups such as the Women’s National Health Association undertook health campaigns and visited the homes for the working classes.

While public health provision in the nineteenth and early twentieth century is credited with reducing mortality rates, it is also criticised for failing to address social and economic inequalities which caused much ill health, placing too much responsibility on personal prevention and sanitary issues such as sewage.

The workhouse hospital, now Belfast City Hospital, was an important source of medical welfare for the city’s poor and struggled to cope with the large numbers admitted. On one day in May 1898 there were 1,882 patients in the infirmary which was described as ‘dangerously overcrowded’. It was becoming increasingly professionalised, however, treating an increasing range of conditions, training nurses and providing training for medical students from Queen’s University Belfast. Poor law officials even took people who had been bitten by dogs to the Pasteur Institute in Paris to be treated for rabies.