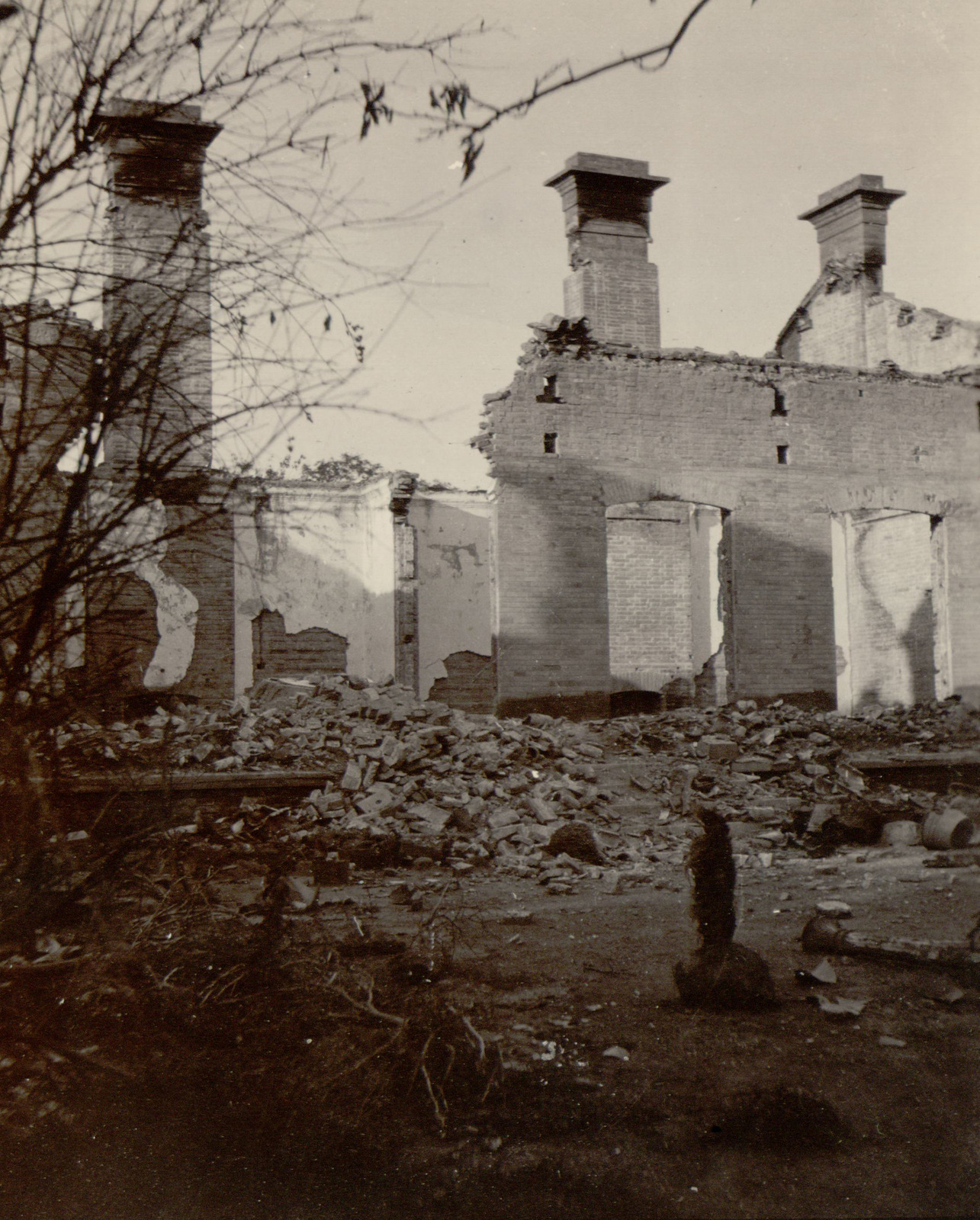 The diplomatic legation in Peking was placed under siege in June 1900. A revolutionary group known as Boxers murdered many foreign missionaries and Chinese, railway lines were ripped up and eventually the legation was isolated from the outside world when all telegraph communication ceased. On June 20th Baron Klemens von Ketteler was murdered by the Boxers on his way to negotiate with them. After this incident a full onslaught was mounted on the legation residences. Sir Robert Hart’s home and its contents were destroyed. The only items to be saved were his diaries. His death was announced in the Times on July 17th, 1900. Confirmation that Hart was still alive and well eventually reached the outside world on August 5th when he sent a message to his tailor, via Campbell, requesting suits, morning and evening dress, boots and slippers as he had lost everything. The siege of the legations ended on August 14th with the arrival of the international army. The Empress and her imperial court fled. A series of protracted negotiations resulted in the Boxer Protocol, a settlement reached between China and the foreign legations involved in the siege. Robert Hart was involved in secret negotiations during the siege and also in the formulation of the Boxer Protocol. China lost no territory, but was no longer financially independent, huge loans were arranged – Chinese Indemnities. In the months following the lifting of the siege Hart wrote a series of articles for publication in western journals giving his thoughts and recommendations concerning the Boxer rebellion.