The Austrian Carl Czerny (1791-1857), a pupil of Beethoven, was a composer, pianist and teacher. He arranged a number of settings of national airs and folksongs using melodies from the following European countries: England, Germany, France, Italy, Scotland, Ireland, Spain and Norway. He re-worked these airs into compositional forms such as rondinos, promenade overtures, fantasias, variations and studies. This body of work demonstrates his compositional style together with his interest in the music of other nations. 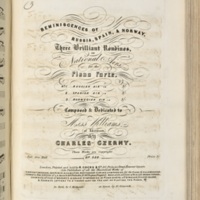 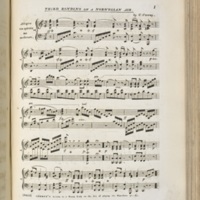 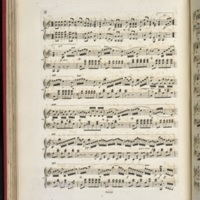 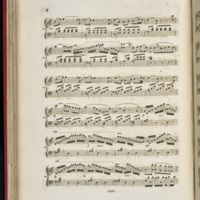 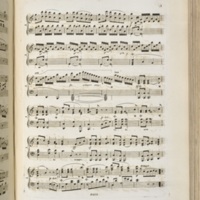 The Music Collections extant at the British Library illustrate the range and number of national airs by Czerny published in London by D'Almaine, R. Cocks & Co. and Joseph Williams between 1837 and 1850. Illustrated in the exhibition is the sheet music for the Third Number from Czerny's 'Reminiscences Series'. This comprises a rondino set to a Norwegian air arranged for piano. The work was dedicated to a Miss Williams of Aberdeen as printed on the title page. This source was published in 1839.

London is highlighted on the map as the centre for publication for this source. A total of 23 copies of printed sheet music for Czerny's national airs are extant at the British Library Music Collections. This collection of sources provides a comprehensive survey of Czerny's contribution to the concept of nationalism in music.