When considering the German composer Ludwig van Beethoven (1770-1827), one is most inclined to associate him with the composition of larger scale symphonic works or chamber music compositions. However, during the period 1808-1820 Beethoven also engaged in the articulation of national identity, arranging traditional melodies and folksongs from European countries including Wales, Scotland and Ireland. For the publication of this music, marketed at the amateur musician, Beethoven collaborated with George Thomson, a Scottish and Edinburgh-based music publisher, with whom he appears to have had a tempestuous relationship. 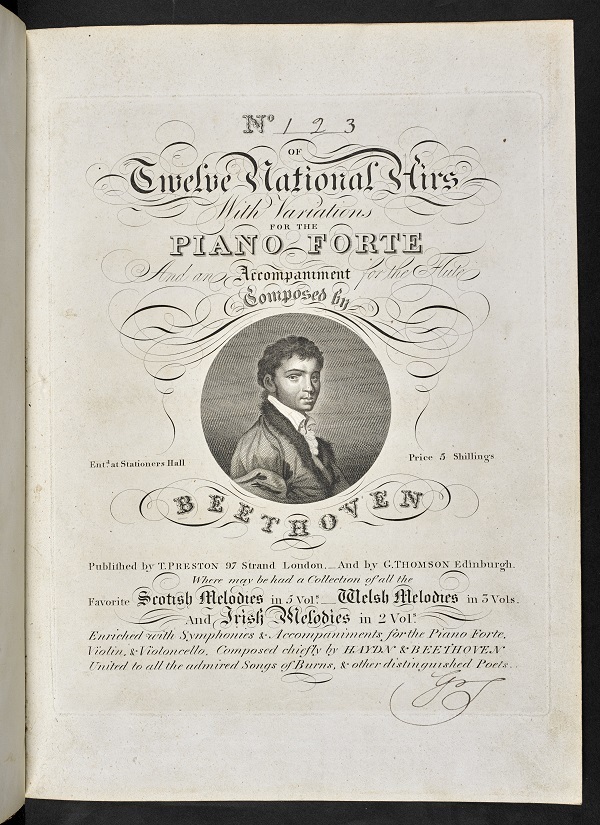 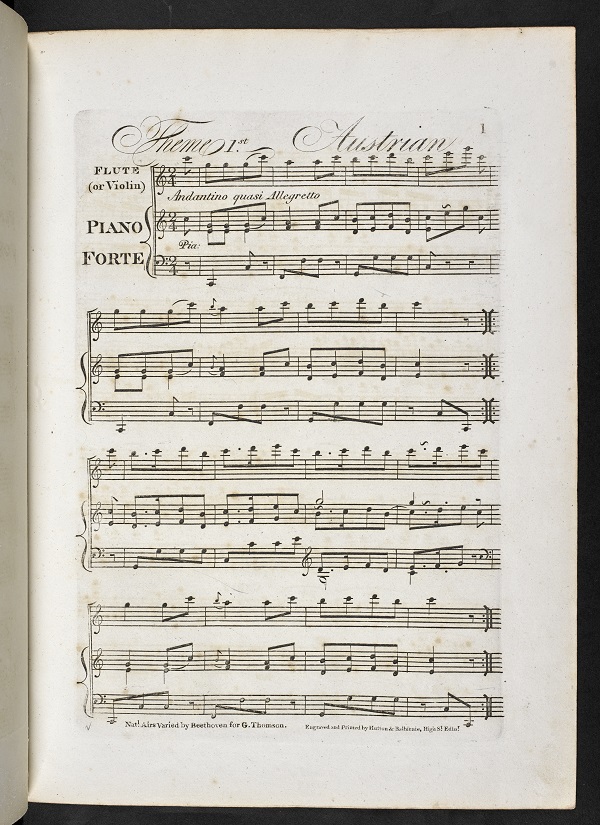 This exhibition includes images from Beethoven's Twelve National Airs with variations for the pianoforte and an accompaniment for the flute. It was published in 1819, in London by T. Preston, and in Edinburgh by G. Thomson.

The sources illustrated here are extant in the British Library Music Collections and contain music for airs numbers 1-9 inclusive. According to the entry for this source published in the British Library online catalogue, airs numbers 10-12 from this collection were not published. For this collection of national airs Beethoven draws on the music of Austria, Ireland, Wales, Russia and Scotland; no titles for the original tunes are printed on the source. In setting these melodies Beethoven first establishes the 'national air' as the theme and includes up to 6 variations, each of which presents varying levels of difficulty for the performer. 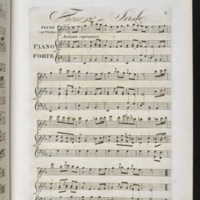 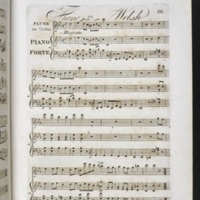 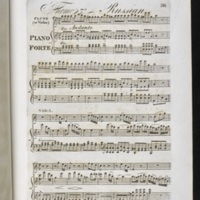 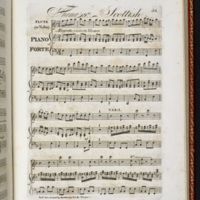 The Irish theme in this example is based on the melody of 'Tis the Last Rose of Summer, one of the most popular airs also used by Thomas Moore in his Irish Melodies. Beethoven's treatment of the melody is vastly different from Moore's however. Although Beethoven largely maintains the melody in the flute line throughout the setting, the intricacies of the piano part and the variations may be viewed as over complicating this setting, particularly for the amateur performer.

This map illustrates locations that are significant in relation to these sources. London and Edinburgh are highlighted as the cities of publication. The majority of works by Beethoven were first published in Vienna or Leipzig. Consequently, the sources featured in this exhibition demonstrate the publication and dissemination of the composer's work outside mainland Europe during the course of the nineteenth century.

Ireland, Wales, Austria, Scotland and Russia are highlighted as countries from which Beethoven sourced melodies for his national airs series. Apart from the sources featured in this exhibtion only two other publications of national airs by Beethoven are extant in the British Library Music Collections. Both of these collections were published in London and both are instrumental settings. The limited number of extant sources for Beethoven's national airs suggests that these works were less popular than other works in the composer's canon.