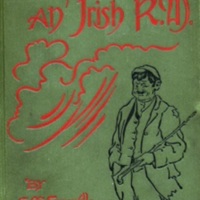 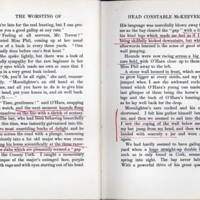 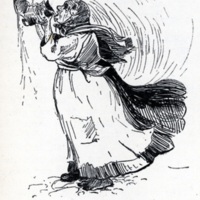 Somerville & Ross were best known, both during their lifetime and after it, for their tales of an Irish R.M. This popularity, however, also brought with it a host of 'cribbers' and plagarists.

In the summer of 1913, Somerville and Ross decided to take a stand against what they perceived to be an outrageously plagarized version of  their Some experiences of an Irish R.M. (1899) and sought the assistance of the Society of Authors in London to take up legal proceedings on their behalf against the authors of By the brown bog (1913).

The dispute was eventually settled out of court and the accused authors, Owen Roe ans Honor Urse were forced to make reparations by altering and reprinting their book in line with Somerville & Ross's amendments. The case remains an interesting example of the complexities and uncertainties that surrounded copyright laws in the period, as well as the prejudices against 'popular' writers and female authors written into early twentieth-century copyright law.