Special Collections & Archives is very fortunate to have the most extensive collection of Bunting manuscripts in the world. The manuscripts comprise 4 main series: music, songs, correspondence and a range of miscellaneous items. A number of published volumes were also included in the original donation.

The music notebooks are perhaps the most crucial. They contain numerous tunes, many of which include draft piano arrangements. MS 4/29 is particularly important from the ancient Gaelic harp perspective as Bunting describes how the performers played and includes descriptions of wire strung harps. 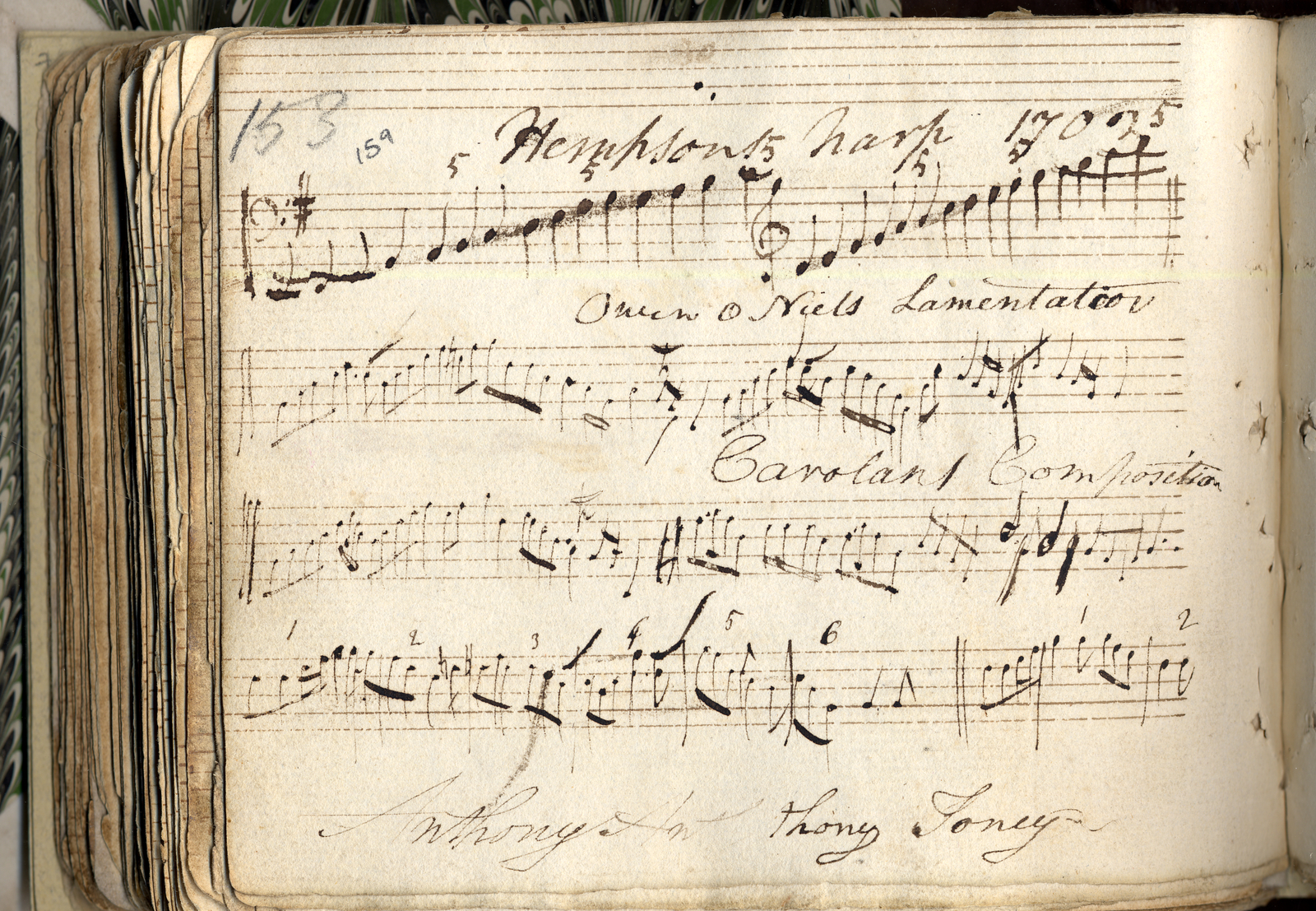 There are two folios of correspondence and interesting inserts throughout the collection. They provide valuable insight into the process of publishing at that time and add to our knowledge of harp construction and music. We also learn about some of the friendships Bunting had. A number of the letters and envelopes are from the eminent physician Dr. James McDonnell ( 1763-1845) who was known as the Father of Belfast Medicine. He also had keen cultural interests and was one of the central organisers of the Belfast Harp Festival. In his letters he frequently urges Bunting on in his collecting and offers advice on the construction of Irish harps and the upcoming publications. 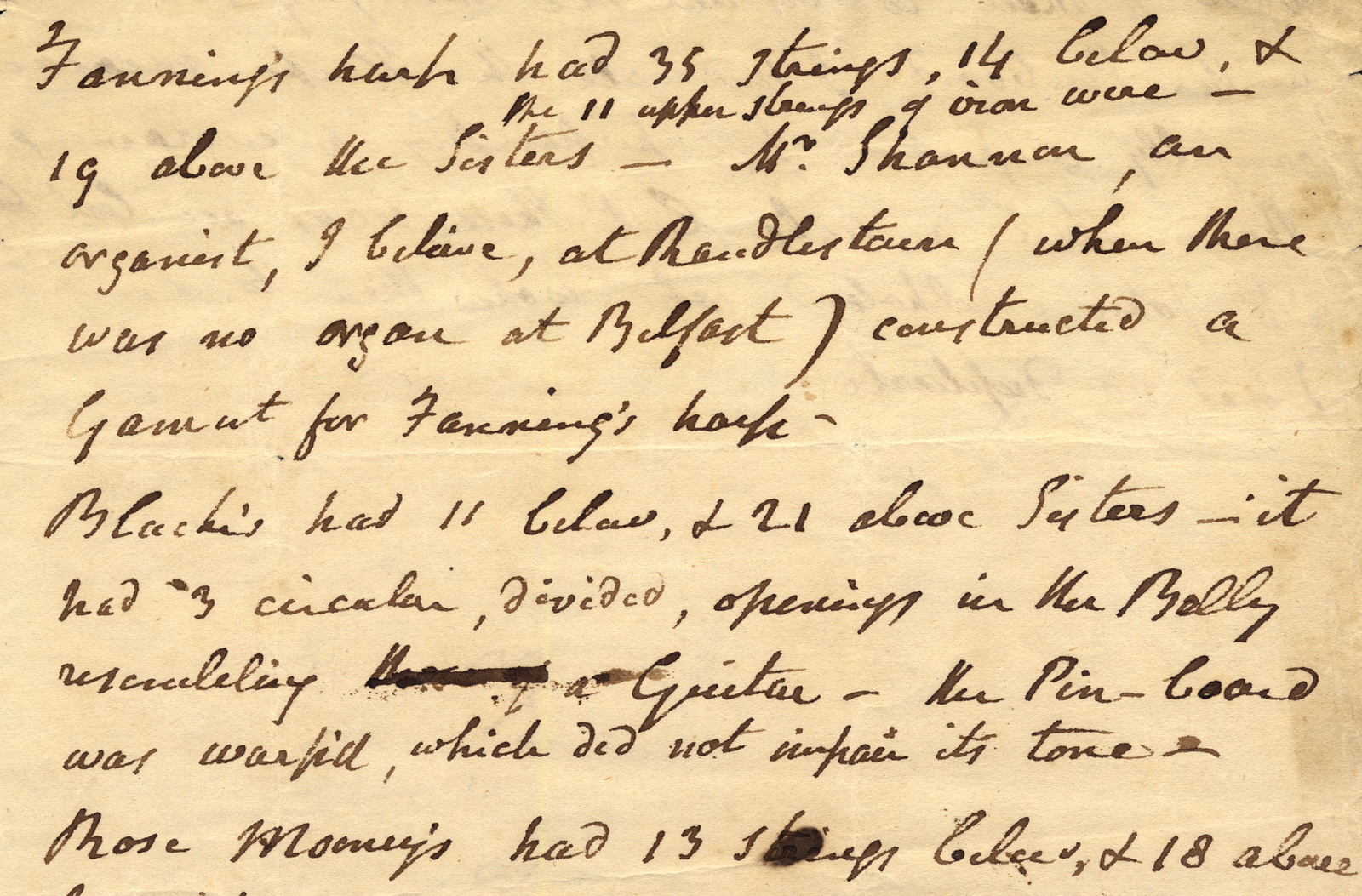 Extract from an unsigned memorandum from Dr. McDonnell to Bunting describing the construction of a number of harps MS 4/35/16 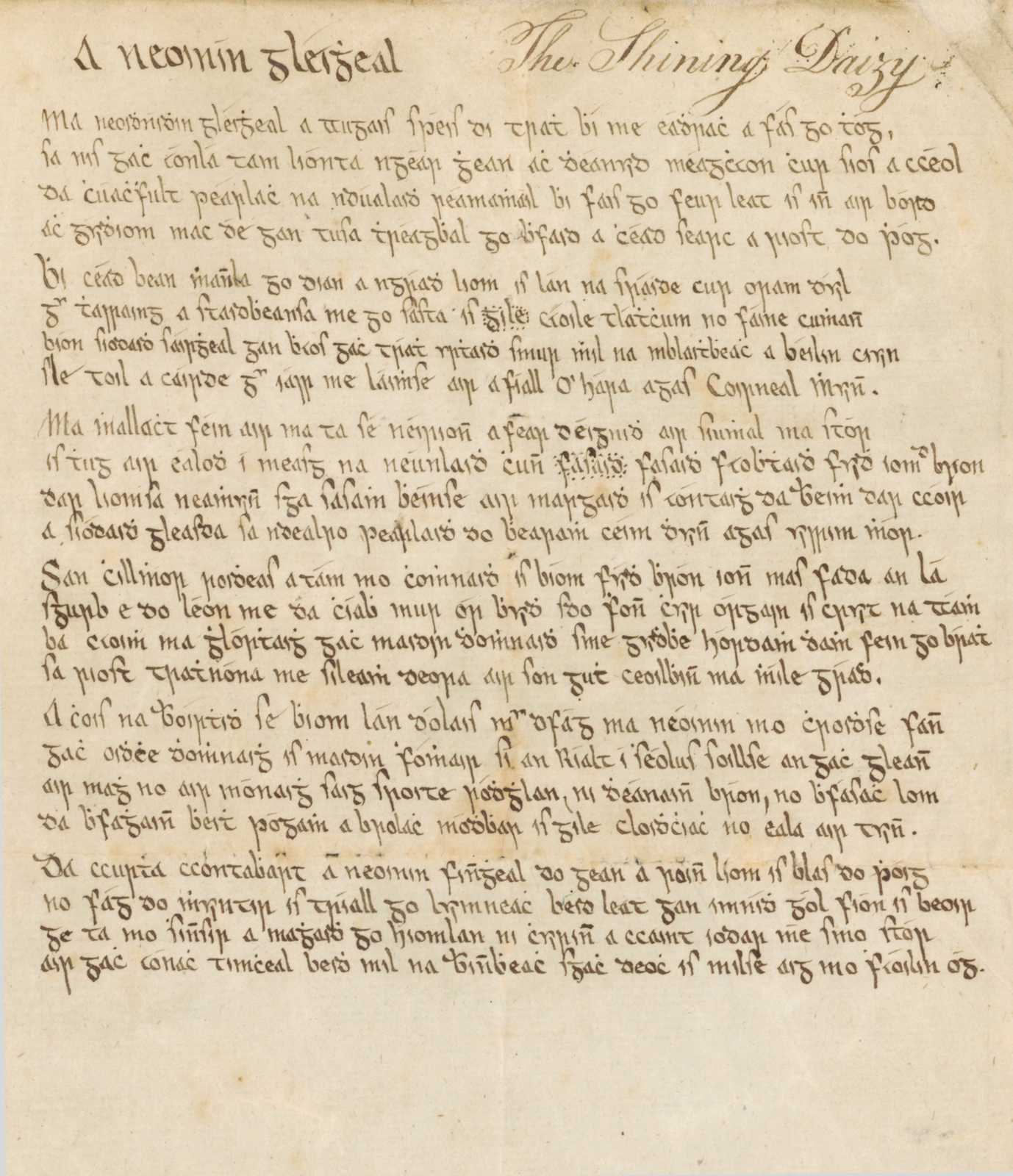 The songs are a large and somewhat unexplored part of the collection. There are 500 in total, some are written in Roman script and others in Gaelic script, the majority are in Irish. Bunting employed agents to collect songs as he did not speak the Irish language and this was the more prevalent language of Irish folk songs. Irish scholar Patrick Lynch (c. 1756-1838) collected the majority of the Irish songs in the collection. His usual process was to note the songs in Roman script and then copy them in Gaelic script. He also translated a number of them to English. Lynch embarked on a tour of Connacht in 1802 in order to undertake this work. He kept a journal and it is a fascinating read. It is a brief but very honest portrayal of a trip that depicts a rural country with plenty of culture but unfortunately a distinct suspicion of Patrick Lynch. Despite his difficulties on the journey he was successful in collecting numerous songs.

Full digitised copy of MS 4/26 Collection of songs in Irish, and memoranda. 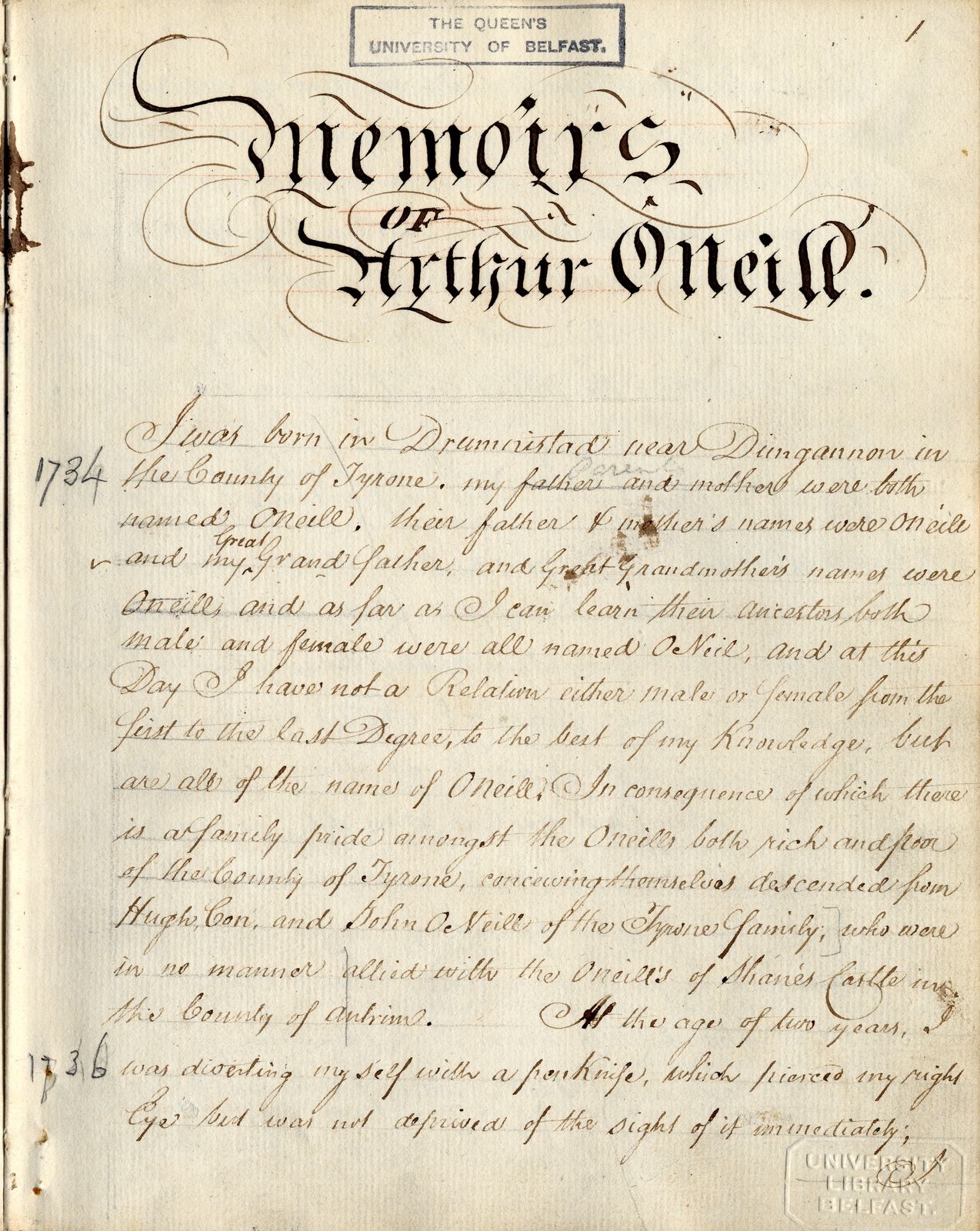 Opening page of The Memoirs of Arthur O'Neill MS 4/14, one of the most skilled of the last itinerant harpers.

The Arthur O'Neill Memoirs (MS 4/14/1 and MS 4/46) are a particularly interesting part of the Bunting Collection. The blind harper Aurthur O'Neill dictated his life story to the clerk Tom Hughes. The memoirs contain colourful anecdotes from the Tyrone man's life and travels and make for a highly entertaining read.

There are two versions, the 'first rough draft' (MS 4/46) was purchased by Queen's after MS 4/14/1 had already been bequeathed by Charlotte Milligan Fox, hence the confusing numbering! There are differences between the two versions so it's worth looking at the two to get a fuller picture of Arthur O'Neill.

Full digitised copies with transcriptions of: