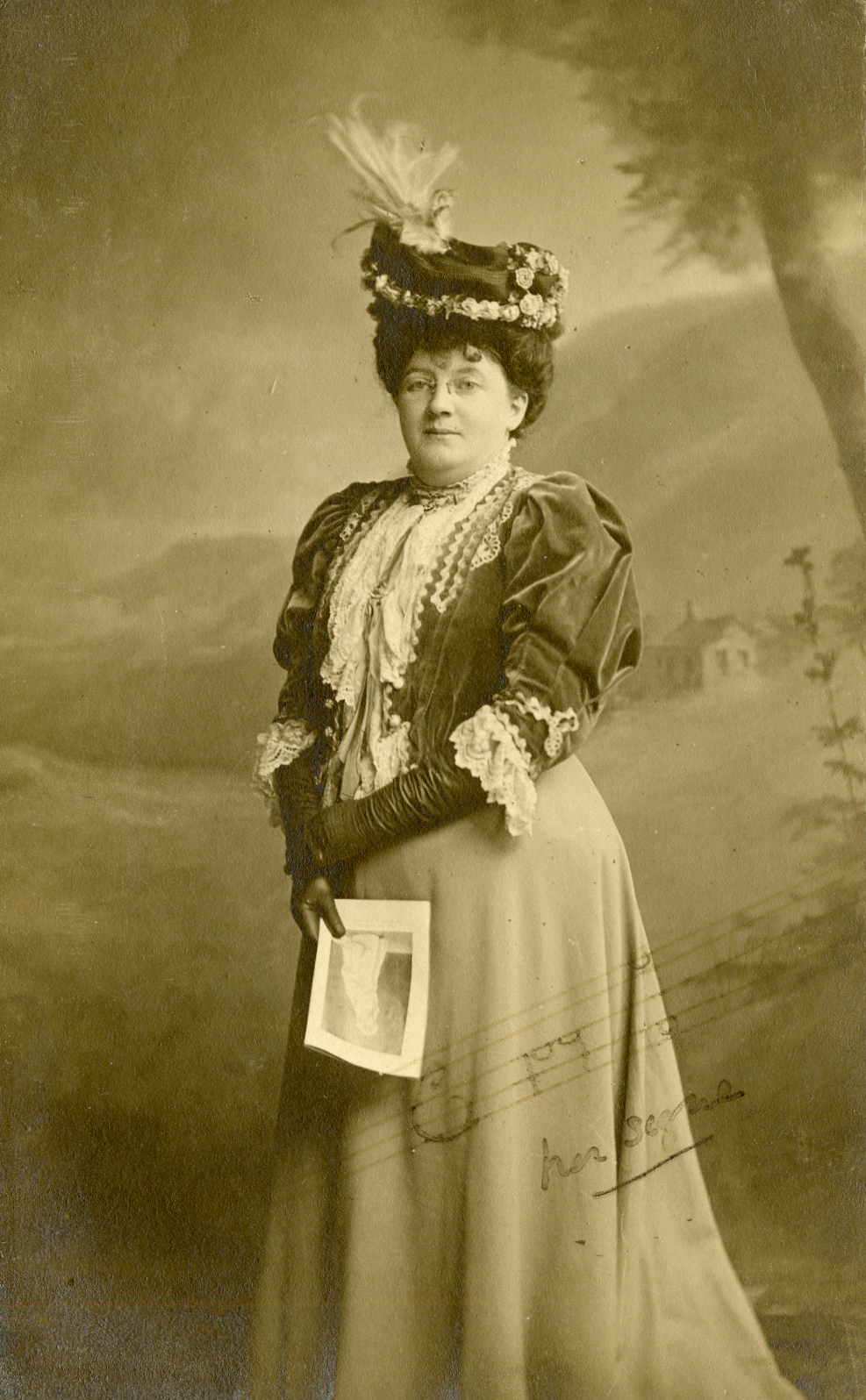 Charlotte Milligan Fox (1864-1916) is credited with the re-discovery of the Bunting Collection. Born in Omagh to Seaton Forrest Milligan (1836-1916) and Charlotte Burns (d. 1916) she was the eldest of 11 children. Her father was an antiquarian as well as a successful businessman and was passionate about education, he ensured all of the Milligan children attended good schools. Her younger sister Alice Milligan (1866-1953) was a well known Irish nationalist, poet and writer. Charlotte learned the organ as a child and studied both at the Frankfurt Conservatoire, at the Royal College of Music, London and at the Milan Conservatoire. In 1892 she married Charles Fox, a London solicitor, and they settled in London.

Charlotte describes her discovery of the Bunting manuscripts in Annals of the Irish Harpers (1911). She was directed towards Bunting’s grandson, Dr. Louis McRory, when enquiring about wandering harpers in a music shop in London. She recognised immediately the historical and cultural value of the documents shown to her by McRory. He entrusted her with the manuscripts and provided her with an introduction to Mrs Florence Deane, another grandchild of Bunting. This lady held the remainder of what is now the Bunting Collection. 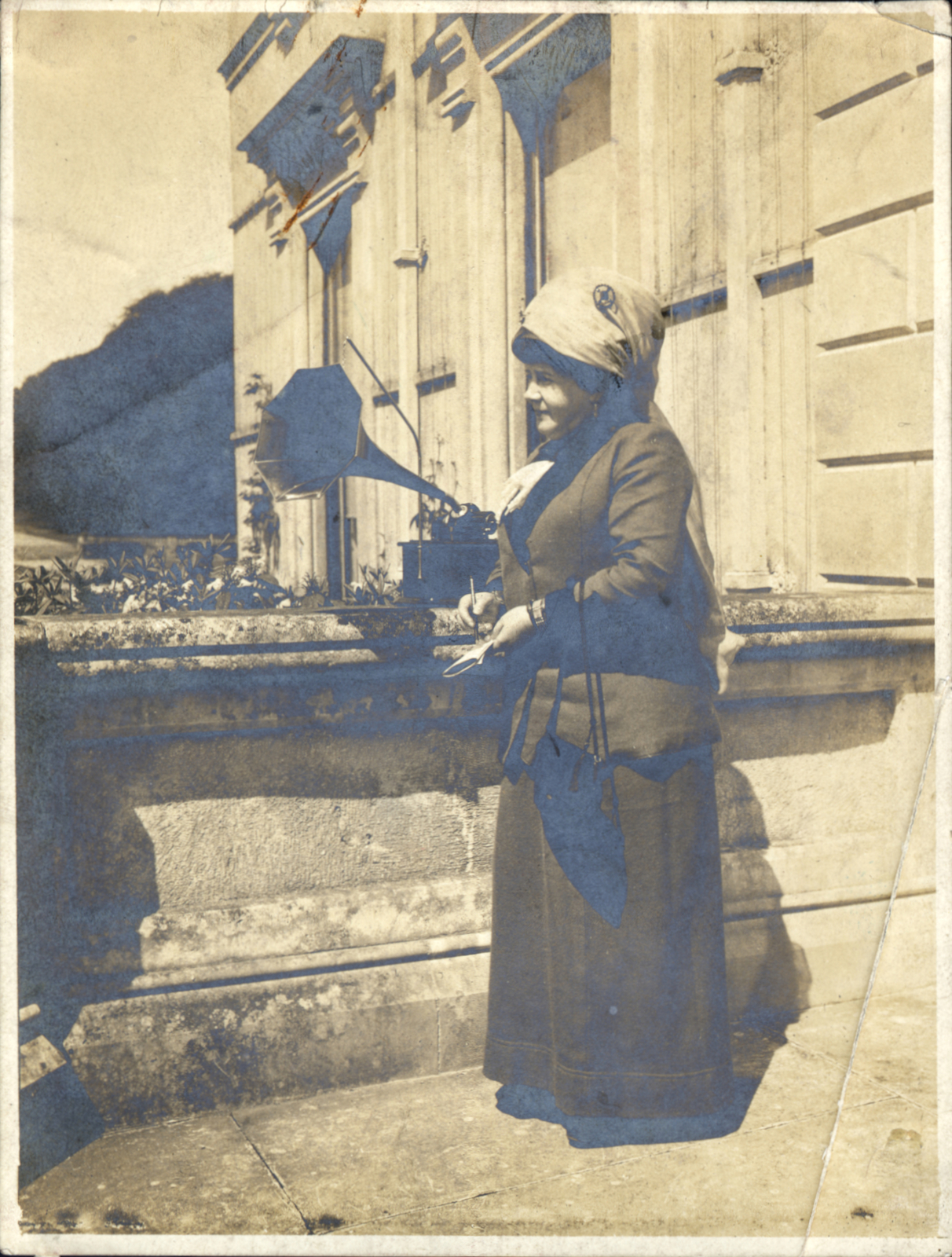 Front cover of Annals of the Irish Harpers, 1911 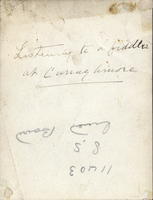 Charlotte was the ideal person to come upon these manuscripts as she was herself interested and knowledgeable in collecting songs; she had done so in various parts of Ireland (partly by phonograph). In 1905 she was a founding member of the Irish Folk Song Society and served as it's honorary secretary. She and her sister Alice were on the society's publications committee, she published many of her collected songs and her articles and reviews in the Irish Folk Song Society Journal.

Special Collections holds a number of administration files pertaining to the donation of the Bunting Collection in 1917 and 1949. It came in 4 parts. The bulk of the collection was bequeathed by Charlotte Milligan Fox. Bunting's granddaughter Lady Florence Deane then offered more material, some of this was purchased by the University and the remainder was donated. In 1949 J. J. Graneek (Queen's University Librarian) contacted Seaton E. Fox (Charlotte Milligan Fox's son) about materials he possibly held that could complement the Bunting Collection, he contributed a small number of manuscripts. 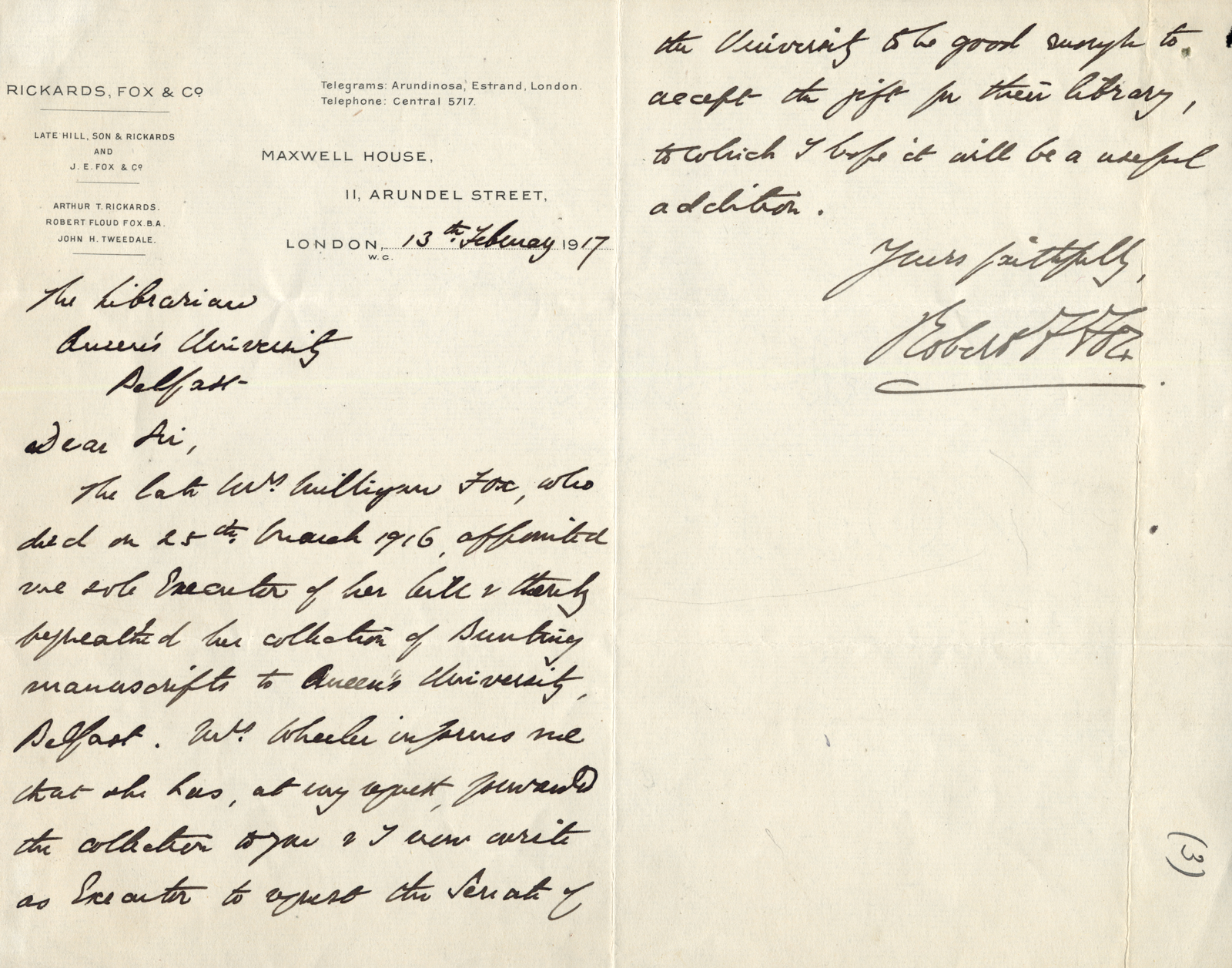 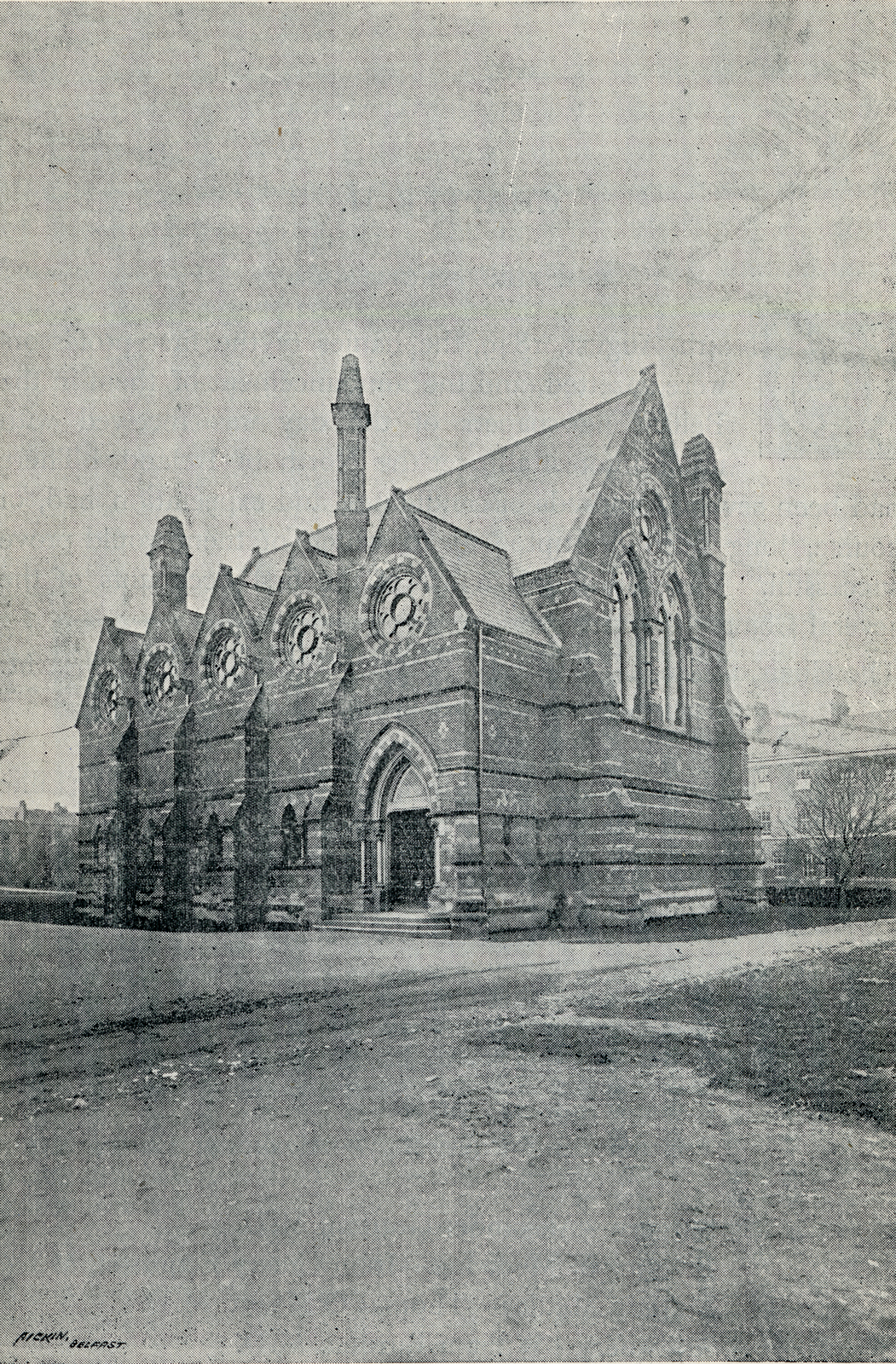 Unfortunately no photographs of the Library at Queen's University exist from 1917. The image to the right shows what the library would have looked like externally when the Bunting collection was bequeathed. It was then known as the Lynn Library.

The book from which the image comes, 'Book of the Fête, May 29th, 30th, and June 1st, 1907 - Queen's University Belfast', contains a number of references to both Mrs George Wheeler (Charlotte's sister Edith) and Mrs. C. Milligan, indicating a good relationship between Charlotte Milligan Fox and Queen's as far back as 1907.

There is often discussion over the strange numbering system used in the Bunting Collection. The number of an item does not denote where it comes chronologically in the collection. From a note in the administration files we have learned that before the collection was deposited at Queen’s it was catalogued by Mrs G.H. Wheeler. MS 4 is the Library’s reference, as the Bunting Collection was the fourth manuscript collection to be either purchased or donated, but the original numbering assigned still stands. 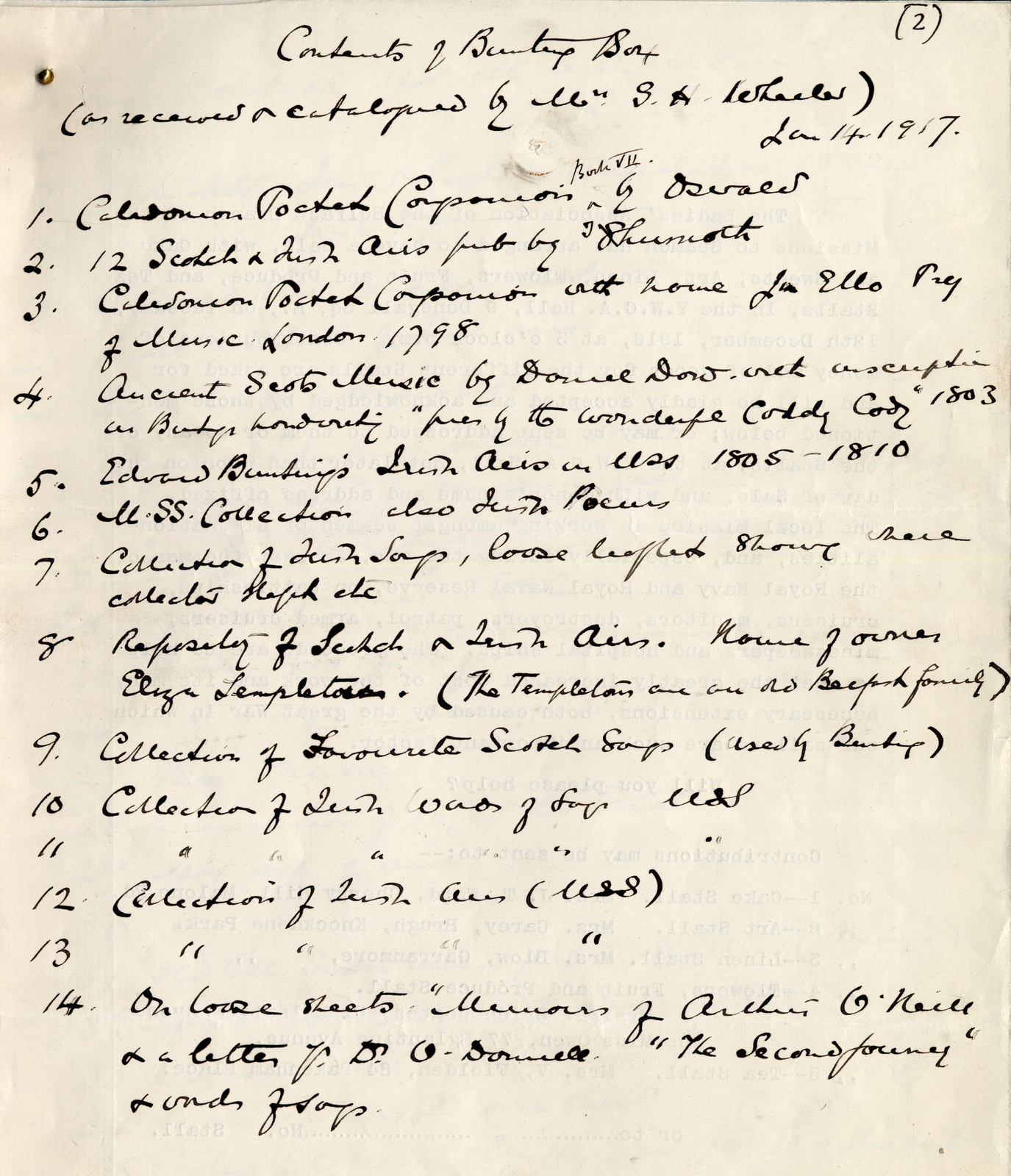