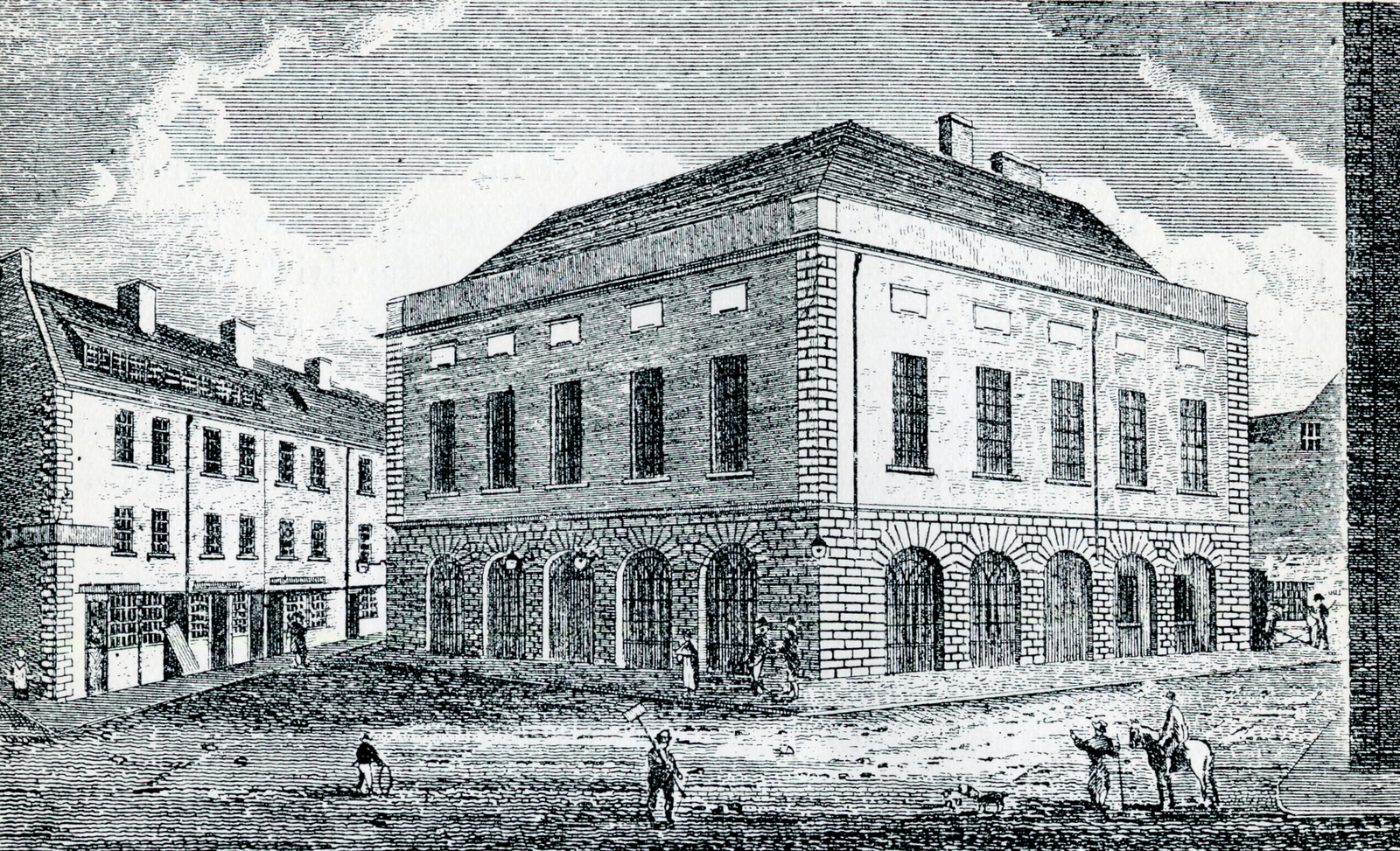 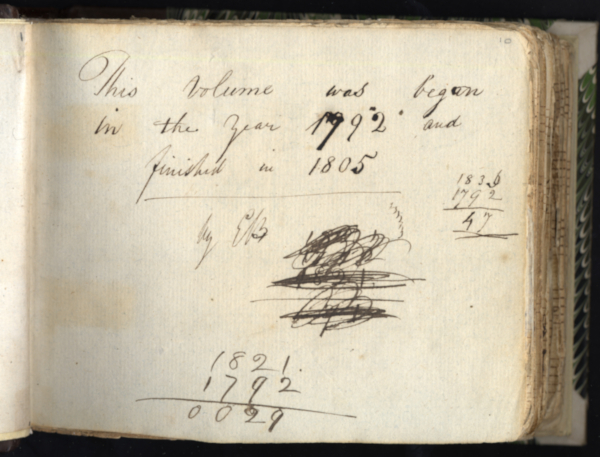 Introduction to the earliest Bunting notebook MS 4/29, begun at the Belfast Harp Festival of 1792.

Bunting sat with the harpers and noted the music they played. The Gaelic harp tradition was an aural tradition in it's dying days and so the music and techniques that Bunting recorded were crucial in preserving the music and much of the knowledge we now have of this ancient tradition. 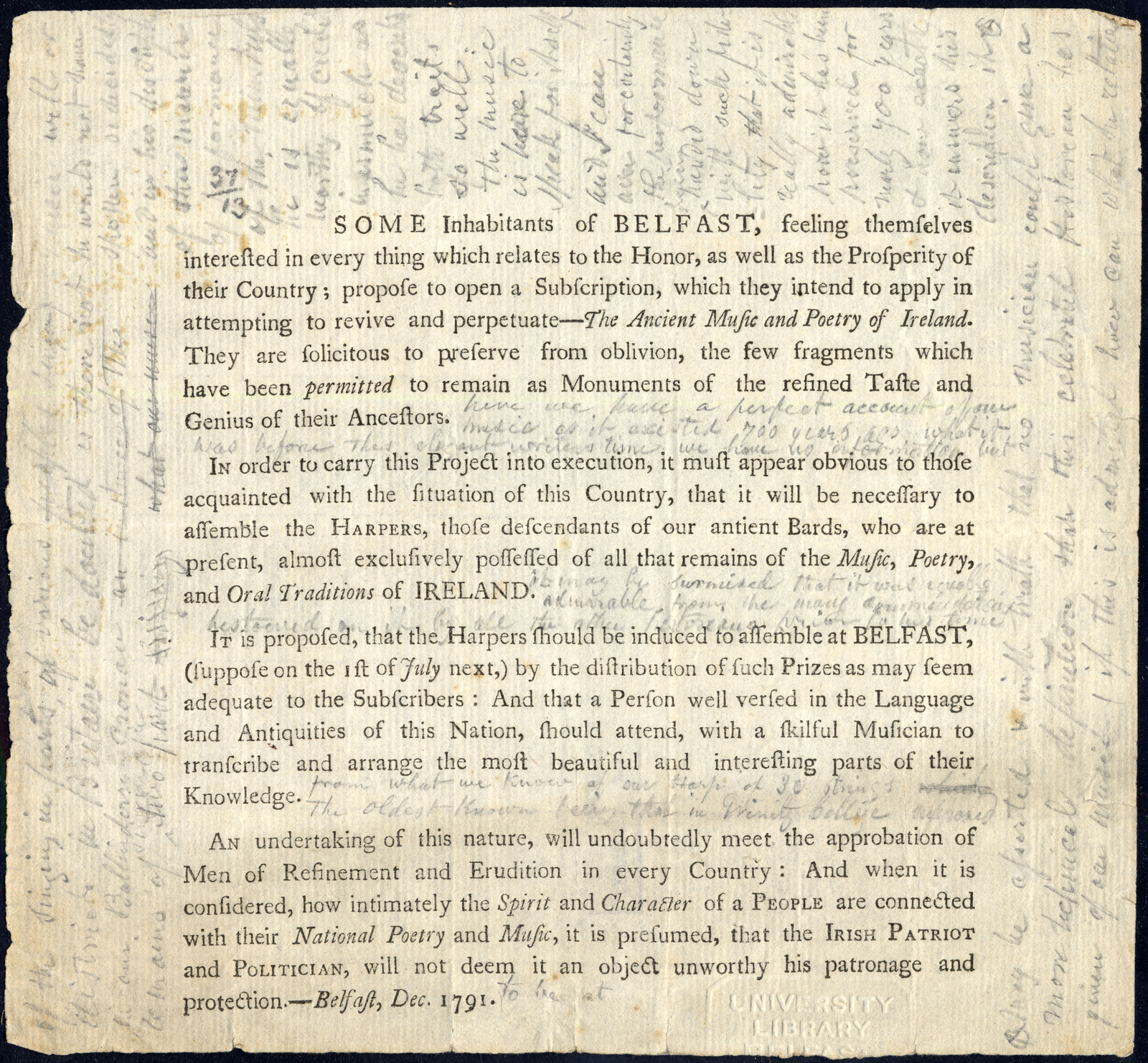 Edward Bunting was born in Armagh in 1773 to an English father (a mining engineer from Derby) and Irish mother (Mary, née O'Quinn). His father died when he was 9 years old and he was then sent to live and learn from his brother Anthony who was an organist. At the age of 11 he was appointed as substitute organist in St. Anne’s Cathedral, Belfast. He lodged with the McCrackens in Belfast for 35 years, a family well known for their involvement in radical politics and Irish culture. Bunting was treated like a member of the family and he was loyal to them throughout his life.

Folk music was an interest in the McCracken household. Mary Ann McCracken (1770-1866), the social reformer and abolitionist, herself features in the Bunting Collection with an entire musical notebook apparently compiled by her (MS 4/19). The equally famed Henry Joy McCracken, founding member of the United Irishmen, was a prominent organiser of the festival. Another key organiser was the eminent physician Dr. James McDonnell (1763-1845). Both Henry Joy and Dr. McDonnell were frequent visitors to the McCracken household. Most likely Bunting's interest in traditional Irish music was piqued while he lived alongside the McCrackens. 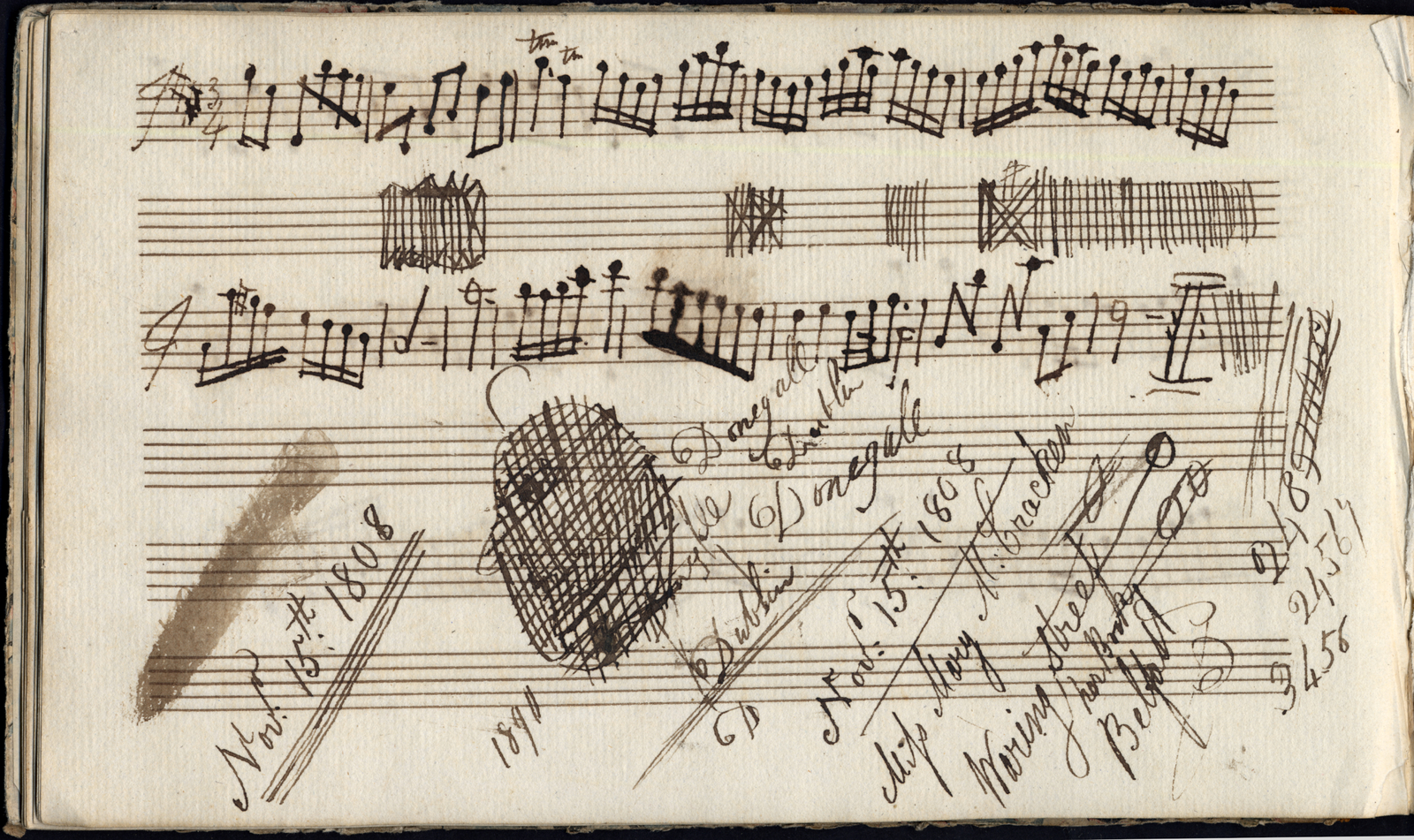 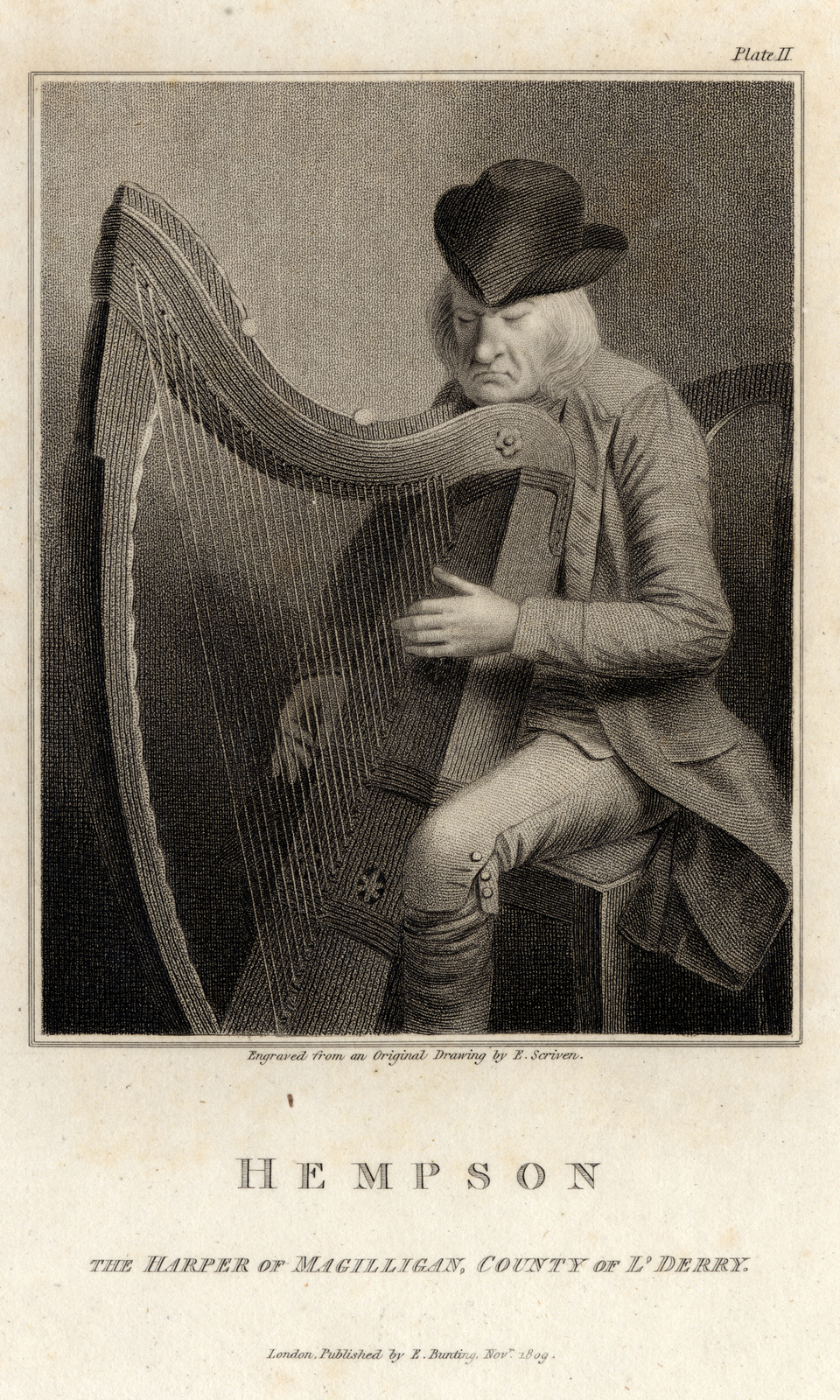 Image of Denis Hempson, plate in Bunting's 1809 publication A General Collection of the Ancient Music of Ireland MS 4/35/41

As well as transcribing the music the harpers played Bunting also noted their technique and described the type of harps they played. These details have been crucial in resurrecting this style of ancient Gaelic harp playing which did indeed die out.

Following the Belfast Harp Festival Bunting visited a number of harpers that he met there, no doubt increasing the repertoire he collected and his knowledge of their technique. He visited Denis Hempson at his home in Derry and Arthur O'Neill in Newry in 1792. He again visited Hempson and Daniel Black in 1795 and 1796.

The structure of the harps of the ancient tradition and the manner in which they played is remarkably different from modern Irish harps and harpists. The Bunting Collection is a vital source for researchers in resurrecting this different type of harp. Much of Bunting's key information is in MS 4/29, Dr. McDonnell also sent crucial descriptions on harp structure.

The chamber of the harps were carved from a single log and they had wire strings as opposed to the gut and nylon strings used today. They often had 33 strings and always two strings in the middle, 'the Sisters', tuned to the same pitch. Musicians usually played with their fingernails rather than the pads of their fingers and the melody was played with the left hand. Harps did not have keys to quickly change the tuning of a string.